Improper Books are delighted to announce the release of the much anticipated PORCELAIN: Ivory Tower, by Benjamin Read & Chris Wildgoose. The third book in the PORCELAIN series, is available thanks to supporting UK independent comic shops from Wednesday, 25th October, 2017.

Set within a world that’s a magical echo of our own, Ivory Tower is the story of Mother, a revolutionary, who must overcome ruthless enemies and the dark secrets of her past to carve a new future for all her Children.

“This story and this character means everything to Chris and me. We are both endlessly fascinated by her,” said Benjamin Read.

“In this chapter, Lady has become Mother, both to daughters and a nation she has helped create. We see the family she’s built around her, and the lengths she’ll go to protect them. It’s the next great trial, in her grand and terrible life, and in it we will see the scars that she leaves on the world, and those it leaves on her in turn. There’s a cost to everything, especially freedom, and it’s time for her to pay.”

Expanding on this, Chris Wildgoose said, “I’m hoping that for our readers, the world of Porcelain will be opened up even more for them. The whole scope and background is larger, the stakes are higher, but at its core it is still this intimate story of a woman using every power available to her to keep the peace, both on her side of the wall that she has raised and on the other.”

“Most victories come at a heavy price, but for our heroine, as ever, she is just as fierce and just as snappy as that Child we met in the first book; she always has another trick up her sleeve.”

Released to wide critical acclaim amongst readers, fellow creators, and the comic press, PORCELAIN: A Gothic Fairy Tale and PORCELAIN: Bone China have gone on to be translated and published in France by Éditions Delcourt, with the third book soon to follow. 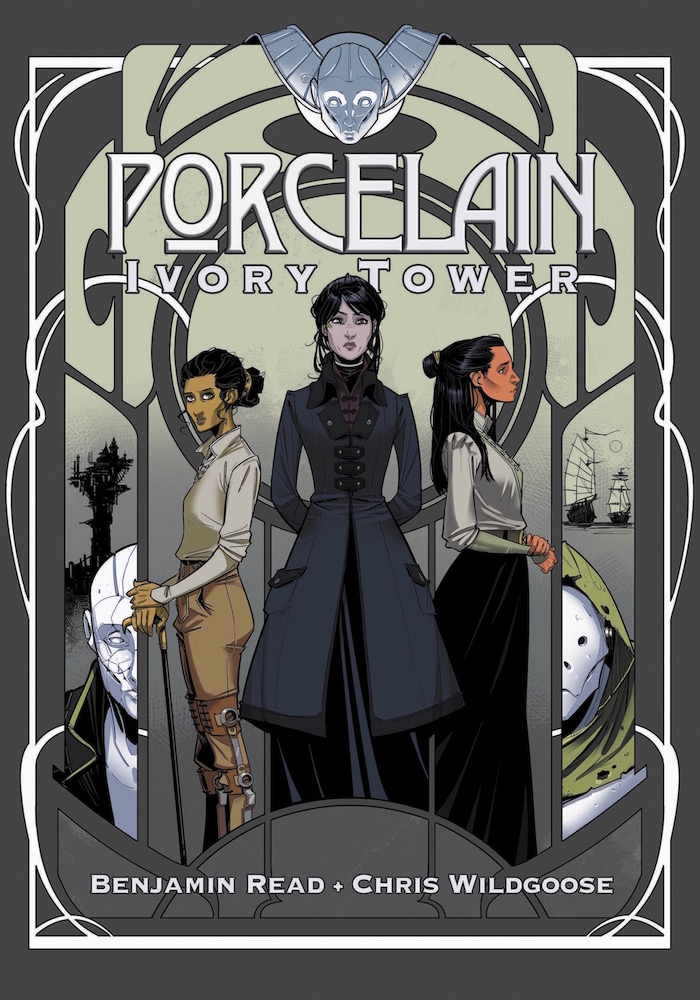 Praise for the first book in the PORCELAIN series:

“PORCELAIN is a gorgeous, gothic fever dream, beautiful and terrifying and funny and sad all at once. It is also that precious rarity, a perfect comic.” Lev Grossman (The Magicians, The Magician King)

“A haunting, umbral, and surprisingly charming story, told with confidence and great skill. I can’t wait to see what they come up with next.” Antony Johnston (Wasteland, The Coldest City, Umbral, The Fuse)

“Art nouveau and steampunk with more than a hint of Bluebeard, PORCELAIN is a delightfully dark tale, stunningly told.” Mary Talbot (Dotter Of Her Father’s Eyes, Sally Heathcote Suffragette)