Thanks to Delcourt, Benjamin Read & Chris Wildgoose are on a signing tour in France from Wednesday, October 19th to Sunday, October 23rd. They will be signing at various shops in the run up to Paris Comic Con, please see the full details of their tour below.

Delcourt publish the French language editions of Ben & Chris’ Porcelain series; PORCELAINE 01. GAMINE and PORCELAINE 02. FEMME. As part of a multiple-book deal, the third book – Ivory Tower – is currently in development and scheduled for release in 2017.

“Porcelaine, as the series is called in French, is one of the most innovative, fresh, and wonderfully written and crafted books, I’ve seen since I began work in comics,” said Thierry Mornet, Delcourt’s Editor in Chief.

As the leading independent comic publisher in France, and with a strong record of adapting US comics, Delcourt’s passion and expertise have been a natural fit for the French language editions of the Porcelain series.

Created by Benjamin Read & Chris Wildgoose, Porcelain: A Gothic Fairy Tale is set within a world that’s a magical echo of our own. It is the story of Child, an urchin, who leaves behind the cold streets of a snowy city when she climbs the high wall into the Porcelain Maker’s garden.

Although a completely standalone story, Porcelain: A Gothic Fairy Tale is the first story in an ongoing series, which features the sequels Porcelain: Bone China and Porcelain: Ivory Tower. The books follow Child into adulthood, and tell the epic story of one woman’s grand and terrible life, and the marks she leaves on the world. 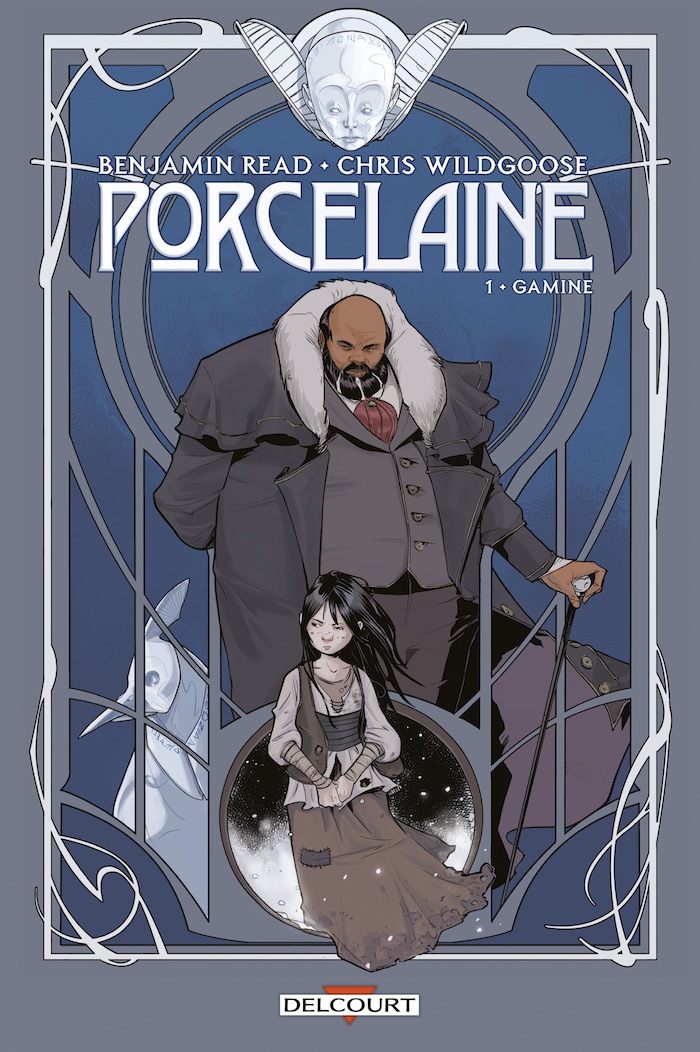