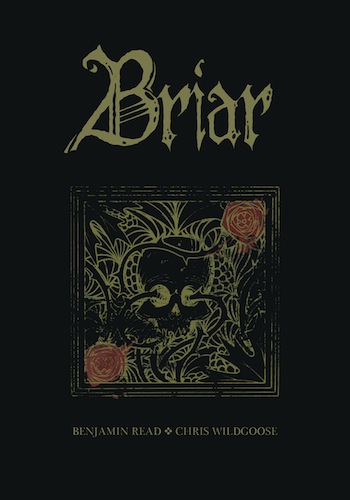 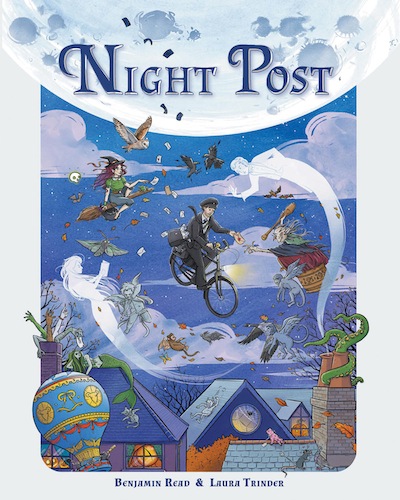 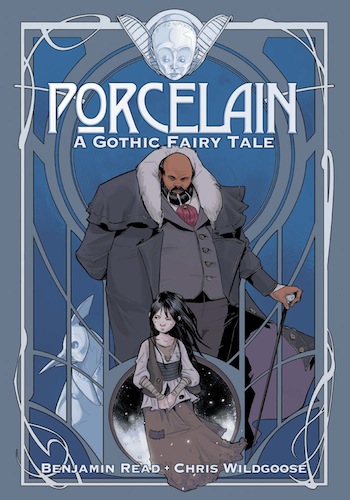 Improper Books are delighted to announce the upcoming release of BRIAR, by Benjamin Read & Chris Wildgoose. Available as a UK indie release October/November 2015, thanks to supporting UK independent comic shops, this will be followed by a US and International release via Diamond on Wednesday, 2nd December 2015. For the latter, Briar can be pre-ordered via the following Diamond Code: OCT151508.

Written by Benjamin Read and illustrated by Chris Wildgoose, with colours by Jordan Boyd and lettering by Jim Campbell, Briar follows the story of Princess Layka, who seeks an end to the curse that keeps her shut off from the world.

Trapped for years behind the enchanted barrier of the briar, she awaits her one true knight, who has been tasked with the quest to break the curse and set her free.

By Benjamin Read & Chris Wildgoose, creators of the acclaimed Porcelain: A Gothic Fairy Tale, Briar is inspired by European myth and folklore. It subverts the fairy tale tradition of the princess imprisoned behind a hedge of thorns, turning it into something dark, bittersweet, and original. 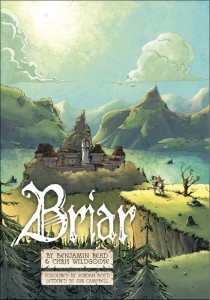 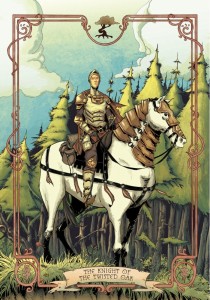 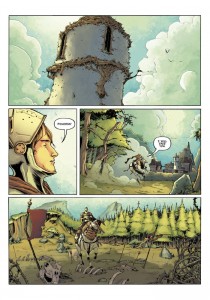 Written by Benjamin Read and illustrated by Laura Trinder, Night Post is the story of the other mail service; the one you haven’t heard of, the one that starts work at midnight and delivers to all the creatures of the night. Whether ghost or ghoul, witch or werewolf, or just downright odd things with tentacles, they all have post and someone has to deliver it. Offering a fascinating glimpse into a midnight world, Night Post is a picture book for all ages.

“Night Post is a pure joy from start to finish. Even without words, writer Benjamin Read shows a sly wit and a storytelling flair while artist Laura Trinder matches his whimsy and good humor in each panel she paints and draws.” Charles de Lint (The Wildlings trilogy, The Cats Of Tanglewood Forest)

“Brilliantly clever, original, funny and tinged with a taste of the macabre…” Phil May, Read It Daddy! 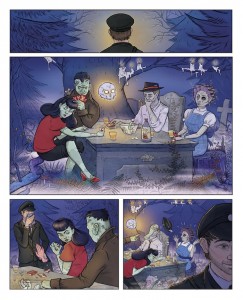 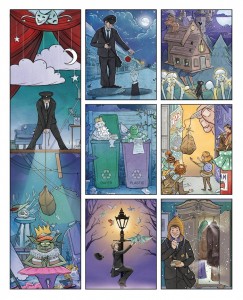 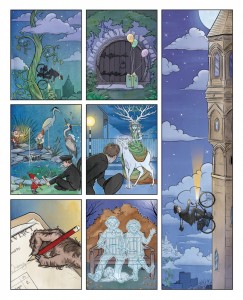 Improper Books are delighted to announce the upcoming release of a new edition of PORCELAIN: A GOTHIC FAIRY TALE, by Benjamin Read & Chris Wildgoose. Available as a UK indie release October/November 2015, thanks to supporting UK independent comic shops, this will be followed by a US and International release via Diamond on Wednesday, 2nd December 2015. For the latter, Porcelain: A Gothic Fairy Tale can be pre-ordered via the following Diamond Code: OCT151510.

Written by Benjamin Read, illustrated by Chris Wildgoose, coloured by André May, and lettered by Jim Campbell, Porcelain: A Gothic Fairy Tale is set within a world that’s a magical echo of our own. If is the story of Child, an urchin, who leaves behind the cold streets of a snowy city when she climbs the high wall into the Porcelain Maker’s garden.

This updated edition features new chapter plates created for the release of Delcourt’s French edition, plus new making of material and sketches, including a ‘Director’s Commentary’ from Benjamin and Chris originally published on the Forbidden Planet International blog.

“Porcelain is a gorgeous, gothic fever dream, beautiful and terrifying and funny and sad all at once. It is also that precious rarity, a perfect comic.” Lev Grossman (The Magicians Trilogy, Codex)

“Art nouveau and steampunk with more than a hint of Bluebeard, Porcelain is a delightfully dark tale, stunningly told.” Mary Talbot (Dotter Of Her Father’s Eyes, Sally Heathcote Suffragette) 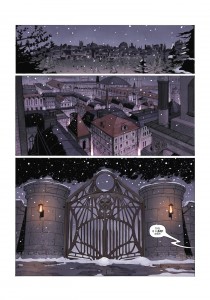 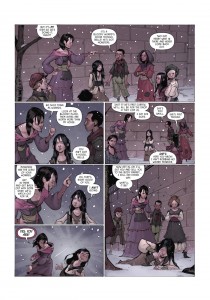 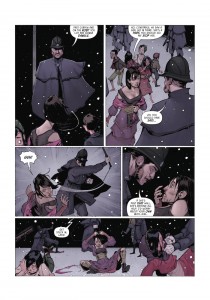 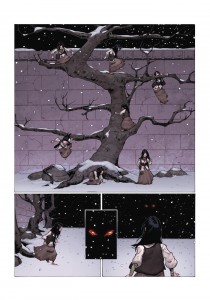